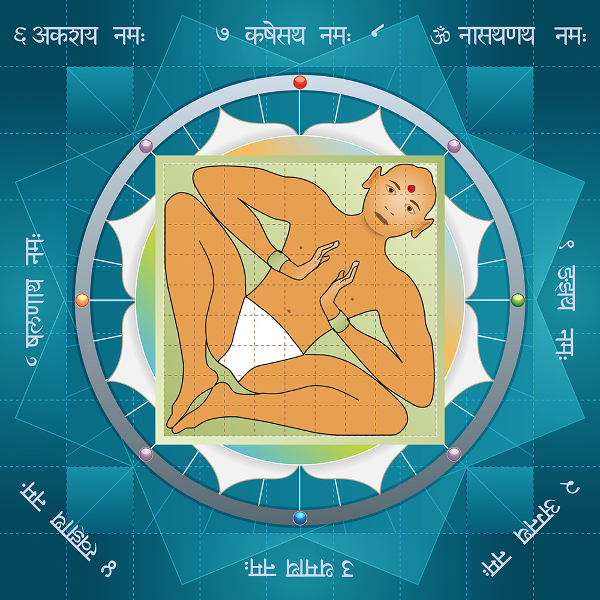 It is known as the science of architectural design that was practiced in ancient India. It correlates a person or persons and their habitat or dwelling. It was used extensively to build temples in the days of old as also Palaces and princely dwellings. Its laws governed by directional alignment and proportionate measurements dictated a certain layout for a family or a kingdom. The rules if applied in accordance to the principles and guidelines blessed the occupants with fortune and longevity, good progeny, good health as well as mental peace and harmony; all these being important ingredients to lead a fruitful life!

Vaastu Shastra depends on the 5 elements (Panch Mahaboot) namely Vaayu(Air) Jal(Water) Agni(Fire) Prithvi(Earth) and Akash(Ether/Space). If these align well to a particular premise it can create ‘Heaven’ for the people living in such an abode. It is said that its originator Lord Shiva gave this knowledge to Parashar Muni who in turn gave it to Bruhdrath who passed it on to Vishwakarma. Vishwakarma was supposed to be the best carpenter who earned great fame and had sons who wrote books on Vaastu Shastra. Even today he is revered by most carpenters in India especially north India and on his day they pray to him to gain blessings, expertise and abundance in their trade. 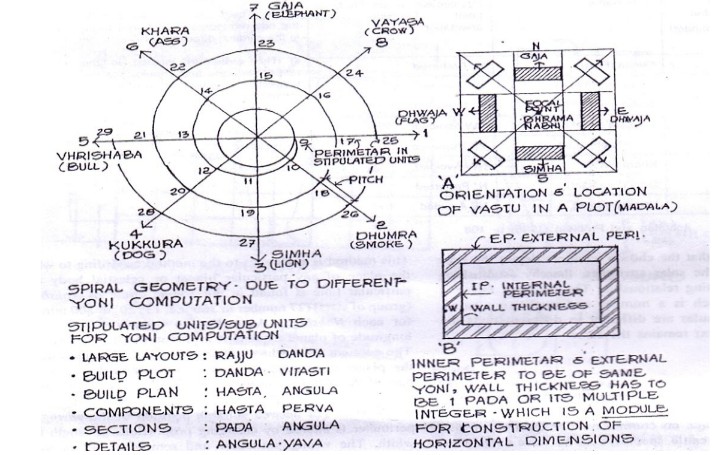 Shapes of plots and houses play a very important role in Vaastu Shastra. ‘Vyaghramukhi’ and ‘Gaumukhi’ plots/houses can actually be seen having the results that each indicate just by the shape of a house or plot. The Vargas on the other hand indicates whether a particular city will be beneficial for a person.
The Vaastu Purush the ruling deity of the plot also needs to be ‘appeased’ to ensure his grace. Certain principles of Vaastu are not negotiable like the Brahmasthan. This should never be disturbed under any circumstances as it is considered the umbilicus of the Vaastu Purush. Any disturbance in this area can bring ill health, separation from family and sometimes even catastrophic results like terminal illnesses.
When analyzing a premise certain directions are allocated to each room in a household. Eg. Main door, Kitchen, bedrooms storage etc… These different directions each have a ruling deity/element that includes Ishaan or NE the abode of the Gods which is ruled by Shiva, East is ruled by Indra, SE or Agneya is ruled by the element Fire, South is ruled by Yama who is the son of The Sun, SW is ruled by Nairutya, W is ruled by Varun the Lord of the seas, NW or Vayavya is ruled by Vayu(Air/Wind) and lastly North is ruled by Lord Kuber and is also known as the Kubersthan. The central portion of the house is known as the Brahmasthan. However being a practitioner of both Vaastu and Feng Shui I would recommend that one go to a qualified professional for a detailed analysis rather than rely on trial and error methods.
In addition to the above the most important detail before doing anything is the ground breaking ceremony or the Khaat Mahurat; in other words laying the foundation. This is a crucial part of Vaastu for a bungalow/apartment building or any other premise. Along with these some astrological calculations taking into consideration a person birth details aid in getting one desired results.
Before entering a new home a ‘Grah Pravesh’ puja is usually done to ensure that the occupants have the all the blessings from the Universe. To get the best one needs to find a benefic time and date to enter the house. There are a few rituals attached to the ‘Graha Pravesh’ before and at the actual entering ceremony.
Although Vaastu cannot be fully applied to a vertical residence as it was made more for horizontal structures one can still avail some of its benefits for modern living.